Summer’s almost gone but it was a wild and wacky one here at THE GUITAR CAVE. Summer in The City is usually a blast and there’s lots to do…food, fireworks, playing guitar out in nature, Coney Island rides and all kinds of other stuff. It was brutally hot some days — reminded me of a trip to Mexico I took in July one year — the sun was really killin’. Other days were pretty mellow with a very nice breeze and bright blue skies. This year I had a friend visiting from Japan, trying to get away from a heavy situation there and it was a really good break for her and fun for us NYC people. Japan has still not recovered from the earthquake and tsunami from March and as of this writing the strongest typhoon in years has just hit the country. It was a big relief for her to come to NYC and spend a whole lot of days not having to worry about blackouts and the possibility of radiated food.

Besides doing social stuff I gave English lessons a few times a week and I was really good at it! She writes for TV and the video game market in Japan so she is really quick on the uptake for languages/writing and it was a lot of fun putting the lessons together and watching her gain the confidence to go out and tackle NYC on her own. By the end of her visit she was going out of town on shopping trips! I also think doing that helped keep me focused on language and writing, not that this blog is going to make Thomas Pynchon nervous or keep j k Rowling up at night. I am really happy with how the blog has come together so I just stay on it.

It definitely takes time to build a project like this and THE GUITAR CAVE is a very topic-specific place. The response to what I’ve done with it so far has been really great and I’m looking forward to the future.

One of the reasons I took some time off is that NYC has had it’s own violent and unpredictable natural events over the past month: record-breaking rains, an earthquake and Hurricane Irene. It’s pretty intense living through disaster-type situations — all of the frantic preparations, news bulletins, anticipation and then riding out whatever comes along. It brought to mind THE FOLLOWING SONG and a band I hadn’t thought of in years. You don’t get anymore 70s ROCK than REO Speedwagon and for a time their guitar player, Gary Richrath, was a regular feature in guitar/music magazines of the day. They were never a huge favorite of mine but they did have a few pretty rippin’ albums before they went all Top 40. (I used this version of the song because lead singer Kevin Cronin likes to do 20 minute song intros) 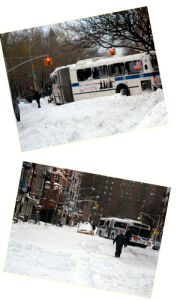 Personally, I think the winter storm from last December, which I ended up driving through en route back to the city, was a whole lot worse than Hurricane Irene and the local government was completely unprepared. It was definitely fun the next day if you were one of the lucky ones that made it home and didn’t have to go anywhere, but people actually died in the storm and from the subsequent inability of the Emergency Services to get to people who needed help. Mayor Bloomberg and Co. were determined not to get caught with their proverbial pants down again so the city was on full-alert for a couple of days before Hurricane Irene hit. It’s kind of weird being in that situation knowing something that could really mess you up is closing in hour by hour and the local and national media is completely thrilled for any kind of disaster.

It wasn’t really scary but I don’t live by a river and close proximity to water is not a good thing in a hurricane. Considering that the Monday before Irene I had just returned from the gym and was finishing a shower when I noticed all of my furniture shaking…BANG!! Earthquake. Holy Crap! We never have earthquakes. It wasn’t a big one, and I’ve felt them before but it’s not common or expected. Just another thing to roll with. The Friday after the earthquake and day before the Hurricane all of the stores were completely mobbed as you can tell from the pic of the line at Trader Joe’s. Mami was really lucky that she flew back to Japan right before the Hurricane blew into town, but, as it turns out, Japan has had it’s own massive storms over the last few weeks so like Wez said in The Road Warrior…You! You can run but you can’t hide.

NYC was incredibly lucky this time around compared to other sections of the country, especially sections of New Jersey, upstate New York, Vermont and parts of New Hampshire and Massachusetts. These areas were hit really hard and still haven’t come back and won’t for some time. One interesting musician-type story is former Skid Row singer Sebastian Bach, who lost a whole lot of stuff in the wake of the storm.

In the 2 decades I have lived in this home, there has never been a single drop of water in the basement or anywhere else in the structure. Now Irene has overflowed the reservoir adjacent to my house. The surging waters have snapped the bridge in half next to my house & sent the bridge straight into my garage, knocking the house off of its foundation.The basement that has been dry for over 2 decades is now overflowing with water … I am not even allowed to start pumping the water out due to fears of electrocution. Original Skid Row & KISS fans, I have bad news for you. Gone are irreplaceable items, such as my KISS Gargoyles from the 1979 tour. KISS pinball machine. Skid Row master tapes, video & audio, concerts, master tapes from Oh Say Can You Scream etc. Boxes & boxes of one of a kind Skid Row memorabilia, from the first tour to our last, all stuff I collected on the road that no one else had. I had a library in the basement with every single magazine that had Skid Row on the cover. This library took up a big part of the basement. All of this is lost now. We will salvage what we can of course. But how I wish there was a reason to do a box set or something before Hurricane Irene hit. Nobody cared. Now it’s too late. Don’t know what you got till it’s gone, indeed.

While there were some downed trees in the neighborhood, the area around THE GUITAR CAVE was spared any serious damage. The day the storm hit was my very good friend Ozzy’s birthday and I made Artisanal (haha) Pizza… Mmmm ZA! Looks pretty good don’t it? I learned how to make pizza a long time ago but hadn’t put one together for a long time. Almost EVERYTHING was closed by noon in NYC that day and our neighborhood was completely dead except for some bars being open. There was nothing on the TV except team coverage of the hurricane and that got really old after about an hour. After dinner was over we went to the street below her apartment and watched the rain. There were a whole lot of people walking around without umbrellas and rain gear bellowing at the top of their lungs.

It was pretty weird…It’s just rain, gee whiz. In the aftermath it was kind of funny and dumb that people were complaining that some of the local hardware stores would not take returns on the emergency items people bought prior to the storm. HELLO! Why would you think they would? “Oh the hurricane wasn’t bad and the power didn’t go off so I don’t need these batteries and candles.” People can be really silly sometimes.

So now it’s a new month with 4 days of rain in the forecast, another hurricane to the south and definite uncertainty ahead. But that’s ok. I’m totally re-energized and ready to get back at it. Coming soon are the previously promised posts on Letch Patrol  and also a profile on one of my favorite Gypsy Jazz players, Romane. Coming this week is a look at what happened at Gibson guitars and why you might want to pay attention to that story and all of the details surrounding it. It’s way big news and stuff!