Eric Clapton and Cream may not have invented heavy, acid-tinged, blues-based, sludgy RAWK music, but they sure did play it very well. After they lit up the rock and roll airwaves they literally exploded! Exploded I tell you! And then EC left to enjoy quite the long and distinguished solo career. I’ve heard a lot of this music over the years and possessed some of it…if buying a record and storing it in a footlocker can be called “possession”. (Yes…that’s totally how we kept records back in the day!)

Disraeli Gears **** Cream, the first rock supergroup, launched in 1966 with Fresh Cream and while it was an important record and had many people interested, it was this album, plus the psychedelic hit Sunshine of Your Love and really propelled the group to the top of the groovy charts. While the band didn’t completely abandon their blues roots, original songs like Strange Brew, Tales of Brave Ulysses (with the new effect the wah-wah pedal), SWLABR, Take It Back, World of Pain (also with wah-wah), and Sunshine established the band as serious rock artists and Clapton as a psychedelic hero the equal of other fuzzed-out superstars with names like Jimi Hendrix and Jeff Beck.

While this album is good and generally referred to as the band’s masterpiece, it does contain the pop leanings, excesses, and stupid stuff that alienated them from later heavy rockers. Dance the Night Away, Blue Condition, We’re Going Wrong and Mother’s Lament are all kind of weird or dumb and not necessarily in a good way. There was nothing like this kind of waffle on either Are You Experienced? or Led Zeppelin I and while part of this was definitely management pushing for pop hits, another problem was Ginger Baker thinking he was a songwriter, which he generally wasn’t. 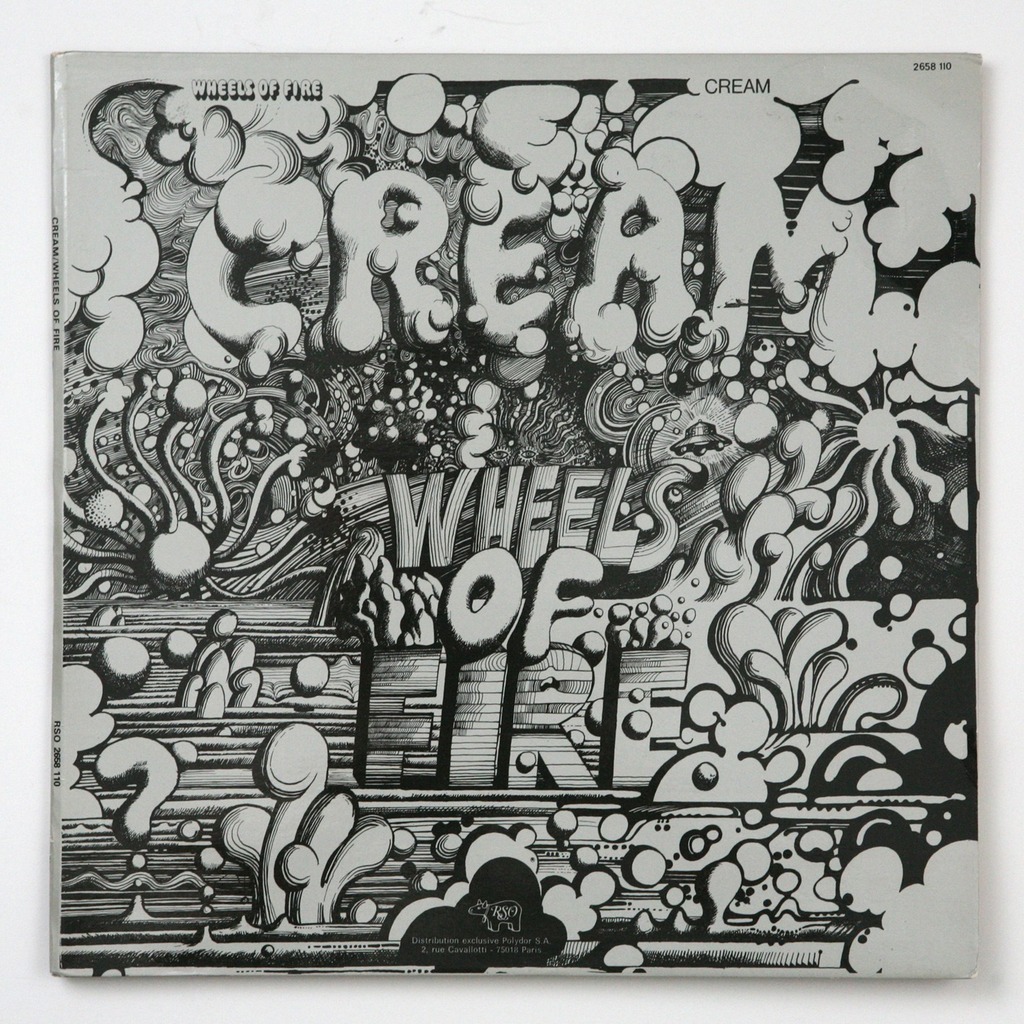 Wheels of Fire **** I just purchased Cream’s Wheels of Fire, the world’s first platinum double album, for the incredibly low price of $7.99! This is a great disc! I had it on vinyl a long time ago and I wore that sucker out listening to and trying to cop licks from some of the brilliant guitar numbers. Hard to believe EC was only 23 years old when the record was made in 1968. I wrote a post on Cream five years ago and since that time it has generated absolutely no interest. I really think it all goes back to that unplugged version of Layla and Clapton’s iBanker look at the time. Probably a lot of people who are too young to know think he used to work at Credit Suisse or something. Or maybe the 60s-era poetry lyrics on some Cream’s tunes and their turning the blues into very loud, very long, almost free-jazz explorations IS NOT OK. Or it might have something to do with good LSD no longer being a thing, except at trance shows. Is that true? That was always certainly part of the attraction…I mean how else do you get into fuzzy, over-the-top, purple-tinged poetry songs about Ulysses and Atlantis?

Wheels of Fire has the studio versions of incomparable electric workouts: White Room, Sitting on Top of the World, Born Under a Bad Sign, Politician, Those Were the Days and Deserted Cities of the Heart. It also has live versions of Crossroads, Spoonful, Toad and Traintime. Finally, there is some acoustic psychedelia with some great: As You Said; some good: Passing the Time; and some not great: Pressed Rat and Warthog and Anyone for Tennis. I’ve never like the last two songs and when I say “never” I mean since I first heard them almost 40 years ago. That’s a long time to dislike a song, which means…they probably suck.

A fringe benefit of me having Wheels of Fire and the other Cream releases (Fresh Cream, Disraeli Gears, Goodbye) is that I now have the ability to recreate a playlist that is the running order of one of the best compilations of any band that ever existed, Heavy Cream. This vinyl was released in 1972 and as far as I can tell has never been released on CD. I wore that two disc set out because it had all of the stuff and none of the fluff! Listening to that group of songs in that order brings back nothing but good memories and is a really great friggin’ listen! 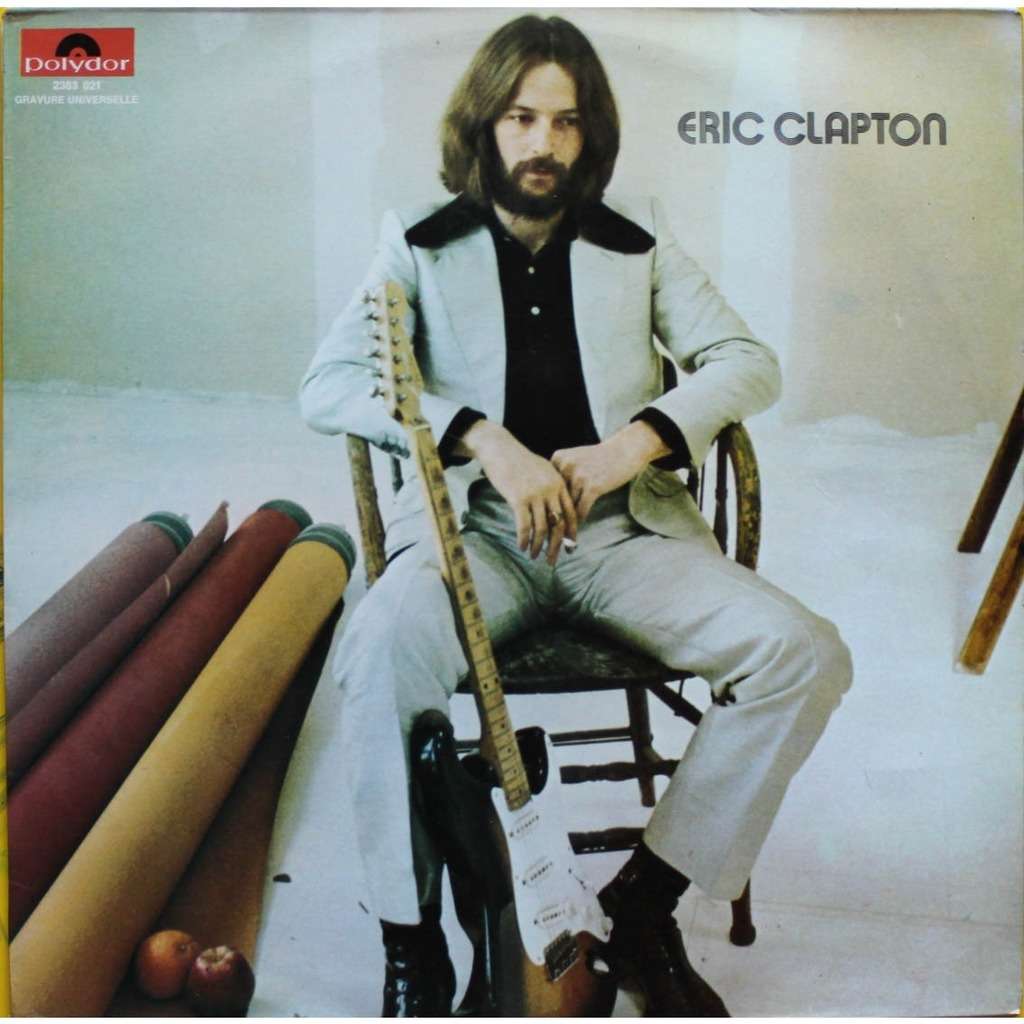 Eric Clapton *** Eric Clapton’s solo career was borne out of a desire to dial back on the soloing/jamming from the Cream/Blind Faith period and write good songs with tight riffs, stinging leads, and compact melodic guitar lines. In the process he also switched from Gibson guitars through Marshall amps to Fender guitars through Fender amps, which gave him a thinner, more dynamic and funky sound. He was heavily influenced by the Band’s Music From Big Pink album (he’s always said it “changed his life”) and adopted a similar roots sound and style with the help of Delaney Bramlett, the male half of the Delaney and Bonnie project who Clapton toured with in ’69 and ’70. It was during this period that the ideas for players, songs and production began to coalesce and by early 1970 they were in the studio. The tight core unit for these sessions included fine players Bobby Whitlock, Jim Gordon, and Carl Radle who would stick around for the next, even bigger album, Layla and Other Assorted Love Songs. Some special guests like Stephen Stills, Bobby Keys, Rita Coolidge and Leon Russell make special appearances and the result is a very solid disc.

Since this was Clapton’s first solo album, I think it sometimes gets overlooked even though there are some really great performances on it: Lonesome and a Long Way from Home, Let it Rain, Easy Now, JJ Cale’s After Midnight, Blues Power, Bottle of Red Wine, and I Don’t Know Why. Most of the songs were written by EC or by he and Bramlett, which means he took a major leap forward with this songwriting abilities. His singing, which was okay in the Cream days, is also a lot better and this disc and Layla are my favorite Clapton vocal performance albums. The 70s rock production skill-set is in full effect and do it sound mighty good: horns, gospel vocals, bluesy guitars and song subjects (wine, women and song). Yes, it’s all retro now, but it wasn’t in the early years of the ME Decade! And then there is the glorious guitar stuff: stinging wah-wah licks on After Midnight, chiming drone, great main riff and Beatle-esque or George Harrison-esque changes of the ethereal Let it Rain, the plethora of cool guitar parts on “Lonesome…”, the heavy rhythmic strumming of the very pop-oriented ballad, Easy Now and the hi-volume Strat rock (Blues Power, Bottle of Red Wine) that Clapton is just learning to turn out. The harmonized Allman Brothers-style intro and swinging little solo on Bottle… is some of my favorite Clapton guitar ever! Moments like this make for an intensely funky, varied and accessible album. A few months after this disc was made recording would commence on Layla, Clapton’s masterpiece! But this was the album that got the band ready to make the “masterpiece” and it still stands well enough on its own.